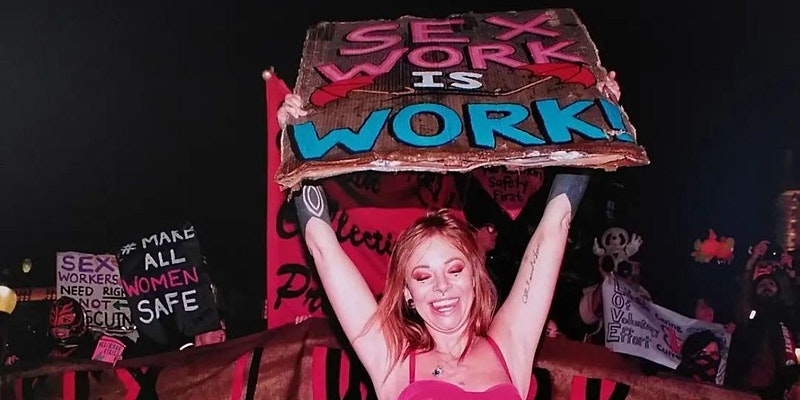 Following a public consultation in Bristol seeking the views on proposals to ban Sexual Entertainment Venues (SEV) in the city, and ahead of the final decision made by the Licensing Committee later this year, the panel will present empirical evidence gathered from a range of cutting-edge research projects examining how SEV licensing, and decisions to implement a nil cap policy, affect the lives of workers. Given that dancers are routinely silenced in debates concerning their workplaces, the aim of the discussion is to foreground sex worker voices and to demonstrate the importance of adopting worker-led, evidence-based approaches to the regulation of SEVs. Collectively, our research exposes the real harms of pushing for increasingly restrictive and punitive policies that hurt sex workers the most. We will end the panel by reflecting on the potential of creating an alternative future for the stripping industry that legally ensures safer and decent working conditions for dancers.

Amélie is a stripper in Bristol and a member of the Bristol Sex Workers Collective. She has been heavily involved in the campaign against the nil-cap in her city. She is also a committee member of United Sex Workers.

Scarlett has been a dancer for around 20 years and is a committee member of United Sex Workers, a branch of the trade union, United Voices of the World.

Dahlia has been a stripper in London for 7 years and is a member of United Sex Workers. She is studying for a master’s at Goldsmiths University, and her research explores the representation of strippers in media. Dahlia is also an artist and playwright, whose work deals with girlhood, stripping and queerness.

Dr Jessica Simpson is a Lecturer in Sociology in the Centre for Applied Sociology Research at the University of Greenwich. Jessica’s research adopts a participatory action approach to redress inequalities in work, employment and higher education with a specific focus on the sex and hospitality industries.

Dr Katie Cruz is a Senior Lecturer in Law at the University of Bristol and Co-Director of the Centre for Law at Work. Her research interests are Marxist feminist legal theory and the possibilities and limitations of the legal regulation of sex work, and more broadly, gendered care work. She has a longstanding relationship with the sex worker rights movement as an activist and ally.

Tess Herrmann is a PhD candidate at the Social Policy and Social Work Department, University of York. Her research explores the relationships of strippers with the wider sex working community and how they were impacted by Covid-19. Her research interests include gender and work relations, labour organising of atypical workers, and policy in the adult industries more generally. She also sits on the committee of United Sex Workers.

Outline of the Panel Event

Although SEV licensing legislation was introduced over a decade ago, the enforcement of increasingly restrictive licensing conditions has intensified in recent years and several strip clubs were forced to close down, resulting in constant job uncertainty for many strippers. The overly strict regulation of what constitutes a lap dance has furthermore impacted on the freedom of strippers to perform in the ways that they are comfortable with and hence led to a decrease in earning potential. This incentivised many strippers to turn to other, often less safe forms of sex work or adult entertainment. This talk will give an overview of the effects that the increase in restrictive regulation of the industry has had on the safety and wellbeing of strippers.

During the consultation process and following the introduction of SEV licensing in England and Wales in 2009, dancers’ voices were silenced and the concerns of people outside of the stripping industry were prioritised. In this talk, we focus instead on those directly affected and discuss findings from a recent survey on dancers’ views and experiences of over a decade of SEV licensing and how decisions to implement a nil cap in England, Wales, and Scotland have affected their work and income, safety and wellbeing, and their experiences of ongoing anti-strip club campaigns.

Drawing on in-depth, qualitative interviews with dancers, this talk will discuss the real-life effects of SEV licensing.

SEV licensing is the legal terrain in which strippers are, perhaps, most visibly organising, including using public law mechanisms to challenge the closure of clubs. Building on the findings and legal recommendations from USW’s report, ‘What Dancers Want’, I offer some thoughts about the legal forms that might help improve working conditions for strippers. This requires us to think together labour, criminal, tort, human rights, and public law, and to stress the connections between the stripping workforce and the legal challenges of other ‘gig’ workers. 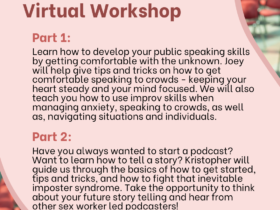 We’re writing to inform you of our upcoming virtual national workshop: “Speaking… 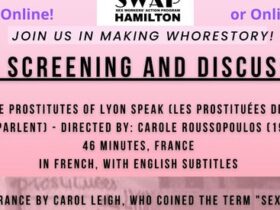 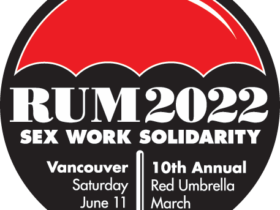 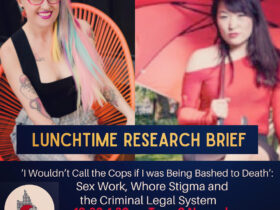 Join us for this free lunchtime research brief with Dr Zahra Stardust,…