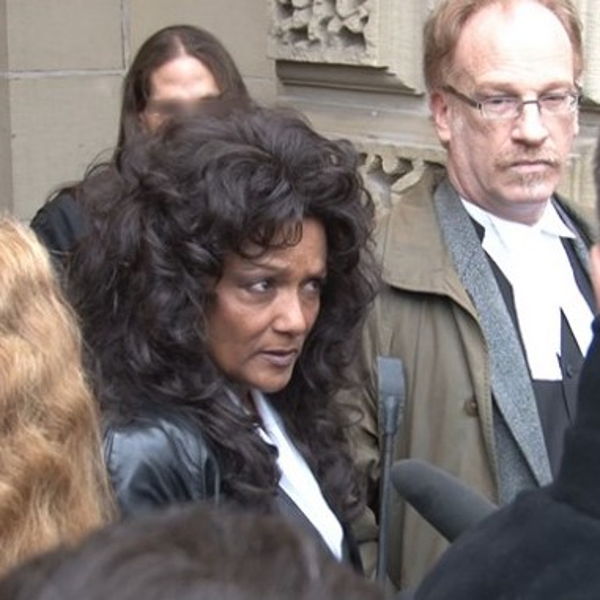 If the Marvel Universe ever created a super-hero dedicated to fighting for the rights of Canadian sex workers, it would have to be based upon Terri-Jean Bedford.

(The overturned law was subsequently replaced by regulations making it legal to sell sexual services, but not to buy them.)

Peter Berton: Please tell us a bit about yourself.

Terri-Jean Bedford: I am in my mid-fifties. I am a black woman. I am a mother of one daughter and grandmother to her son.    I am Canada’s most famous dominatrix by virtue of running two premiere facilities, one in the suburbs just north of Toronto (The “Bondage Bungalow”) and one in downtown Toronto (The Bondage Hotel). The former was raided and resulted in a spectacular two week trial where I was convicted and the judge refused to say what the crime was. The second was heavily publicized and not raided, despite being almost identical to the first. I have published my memoirs and written a play about my life. Both will soon be appearing in the United States.

Peter Berton: How and why did you enter the sex industry?

Peter Berton: How did you find yourself fighting the Canadian government about prostitution laws — and winning?

Terri-Jean Bedford: I was raided in 1994. I fought the charges against me mainly, but in the process I sought publicly to get clarification of exactly what under the law was not legal between consenting adults in private.    About a decade later Professor Young of Osgoode Hall asked me to be part of a constitutional challenge to Canada’s prostitution laws. I was a plaintiff and worked on the challenge in a supportive administrative role. Of course I did interviews.

Peter Berton: Did the law that replaced the one you defeated make things any better, or is it just as bad for sex workers?

Terri-Jean Bedford: It depends on what you mean by better or bad.    Since law-abiding people are discouraged from advertising for or renting to sex workers, organized crime has moved in. Human trafficking has followed. The current law means sellers of sex cannot be charged, so that encourages more to enter and bad pimps know this.    If the new law had not been brought in clients of sex workers could go to licensed and inspected establishments with security, and avoid going into places where girls are exploited.

Peter Berton: What would you like to see done to Canada’s sex work laws?

Terri-Jean Bedford: Bill C-36, which penalizes clients and enablers, should be repealed. Judge Himel said no new laws were needed. The laws against assault, confinement and illegal immigration, if enforced, were more than adequate in dealing with the worst aspects of the sex trade.    The trade should be licensed and regulated. Then rewards should be offered for turning in traffickers and sellers without a licence.

Peter Berton: Why have the Liberals been unwilling to tackle this topic?

Terri-Jean Bedford: In opposition they voted against C-36 and said laws concerning the sex trade should be evidence-based. As a feminist-oriented government they are faced with the awkward prospect of alienating half of feminists who do not believe that government should sanction women selling sex.

Peter Berton: Are you still in the business?

Terri-Jean Bedford: No. I am too sick, and no longer young. I have concentrated on archiving my memoirs, my papers and writing the stories of some clients and doms I have had over the years. I have also wrote a play about my life and battles. I still make speeches and give interviews from time to time.

Peter Berton: If you had it to do over again, would you fight Ottawa?

Terri-Jean Bedford: Yes. But only if I had the supporters around me that I had.

Peter Berton: What advice would you have for today’s sex workers, when it comes to trying to get a fair law in Canada?

Terri-Jean Bedford: I do not want to interfere with approaches now under way by the new wave of activists. As for sex workers who are not activists, I would say get in touch with the activists.    Right now the trade is booming so much, there is hardly time or appetite for activism. The problem is the more vulnerable are being victimized under the current law.

Winner of the NakedTruth.ca award for Favourite Adult Journalist, Peter Berton has written for Adult Video News, Klixxx, XBIZ, Xtra, and YNOT.com. He likes to interview sex workers to tap into their vast knowledge about human nature, business marketing, work/life balance and succeeding as entrepreneurs. 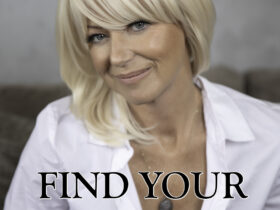 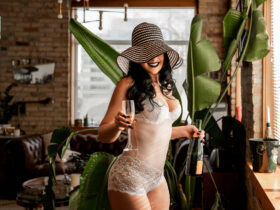 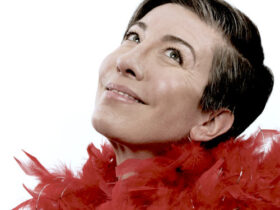 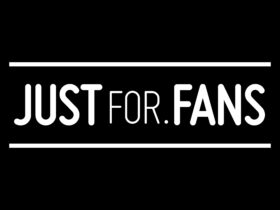